December 19, 1999; Cleveland Browns Orlando Brown pushed NFL referee Jeff Triplette to the ground in the first half of a game vs Jacksonville soon after Triplette's penalty flag accidentally hit the offensive tackle in the eye.
Brown was ejected and had to be restrained by teammates and members of the Browns security staff. Brown, who's 6-foot-7 and 350 pounds, then had a heated argument with head coach Chris Palmer before kicking over a sideline marker as he was ushered to the locker room. 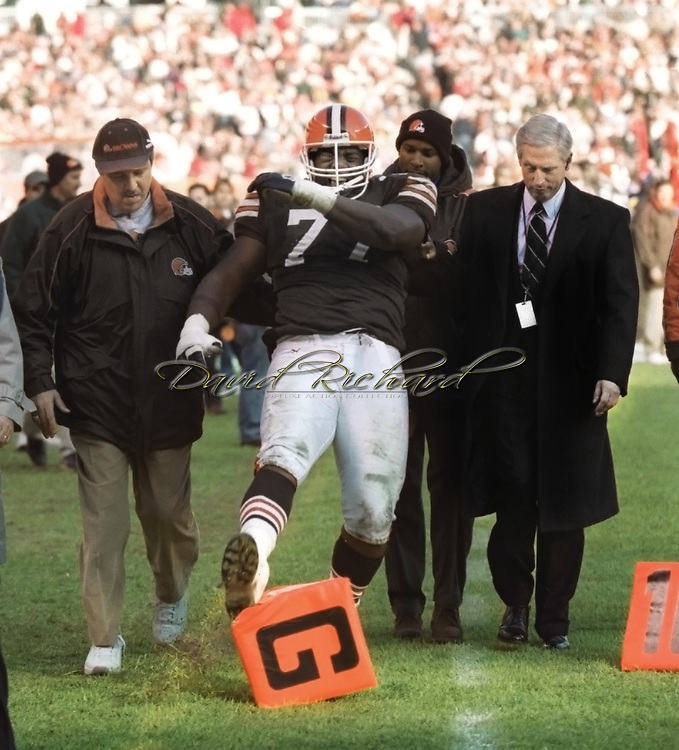